NOTE: If you play a character named Thalia, Archibald, Giggles, or Lurfad, don't read this! Turn back now or face the wrath of an angry DM with a dragon and a legion of old gods at his disposal.

The adventure begins (for real this time)

Now that plot had been set up, it would just fall to the players to go take some quests from the job board and get moving, which is exactly what they did, even if it didn't play out like I planned. Of course, nothing ever does.

I had planned to begin by introducing Pickled Pete and Quinn Hightopple (pictured below). These two characters were both written in the campaign as sidekicks for single players trying to complete the adventure, but it seemed a shame to waste such good character art and roleplaying opportunity, so in my version they are honest to goodness NPCs who happen to live in Phandalin. I asked Giggles, the party's Gnoll comedian bard, to make a performance check and see how her standup routine went. In the audience were both Pete and Quinn, but the players left immediately after the performance to begin questing, because they felt that the dragon's presence was urgent.

This was my own fault, and I'm not sure it's a bad thing; the dragon should be urgent. I failed to remember to roll and see where the dragon is, so will do so when they decide to return to Phandalin to restock and recover. 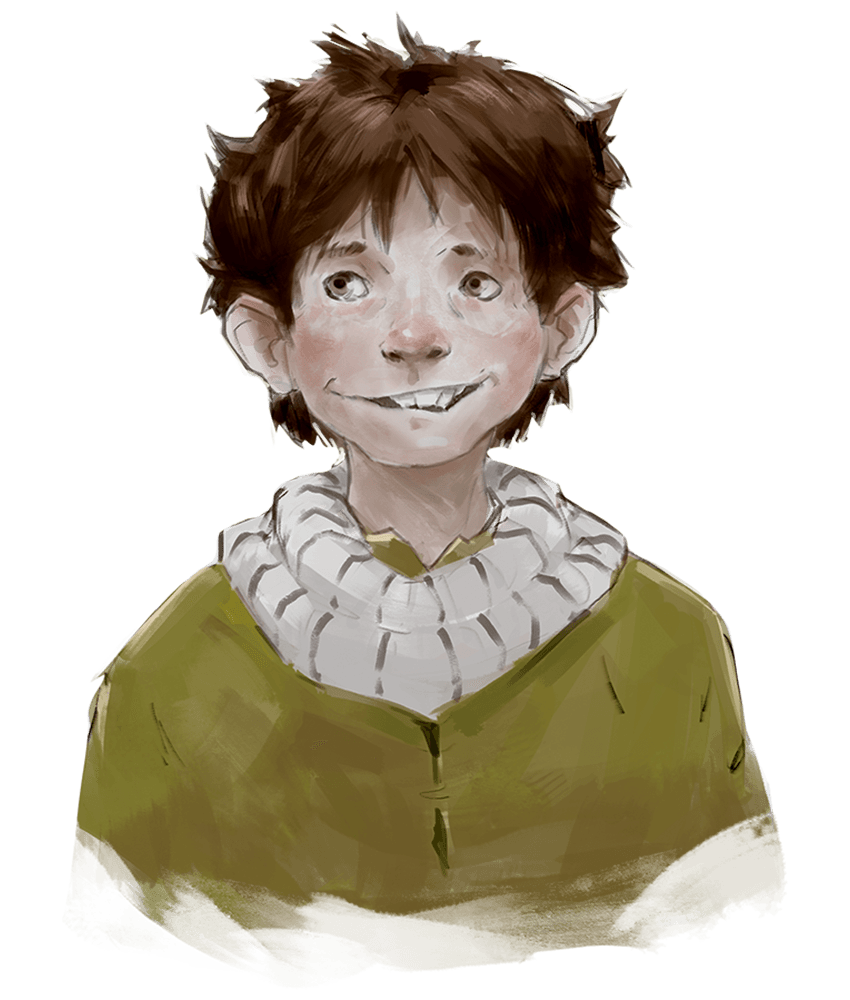 After getting their jobs and speaking to the townmaster (which is very fun to roleplay), the party first set off to Umbrage Hill; it's the closest quest location so it's what I expected them to do. This is a strange encounter; in an adventure written for as few as two PCs, the very first written encounter is with a manticore, and nowhere in the written text does it say anything about roleplaying the manticore speaking to the players. This campaign is meant to be an all-inclusive experience for brand new DMs and players, and the very first encounter for your two level one players is a CR 3 manticore with three attacks per round? It's really disappointing to see such poor execution here, and I can see this tripping up a brand new DM. Thankfully my players knew as well as I that manticores should not be messed with as fragile level one PCs, and were able to barter some of their rations and some copper pieces (he liked shiny things and wanted to bring them back to his manticore wife) for Adabra's safety.

Here, the written text expects the players to be okay with Adabra staying at her windmill. My players were very insistent that she leave and come to the town, but I wanted to leave her out there for later potential quests. Thankfully I had also slightly reflavored Adabra to be a Firbolg alchemist, while the campaign never describes Adabra at all. So it was more feasible that she would want to stay outside of town, but another point against running the adventure as written.

After spending the night in Adabra's windmill, where Lurfad, the party's Dwarven monk, had another disturbing dream, this one of Abbathor. I knew the players were planning to head to the dwarven excavation quest next, so wanted to go ahead and seed this dream. I asked for a roll from Lurfad, but the result could have been anything; he was going to get the Abbathor dream regardless. I also made sure that the dream mentioned star metal, which is the first real direct backstory connection I've planted. I'm not really sure yet where it will go, but I'm hoping to bring in more backstory elements for all the players.

At the excavation, the players found Norbus and Dazlyn and quickly got to work clearing out ochre jellies. Again, this encounter has a weirdly high CR for level two players and at one point I had to flub some numbers to keep a PC from being one-shot killed after a critical hit. I'm going to keep this in mind for future encounters and try and rebalance a bit. But after this, I'm not going to be shy about making players make death saves; this was just the first time I think they knew it was serious business. If a PC dies when there are multiple spellcasters with healing spells, they definitely earned it.

The players still need to explore the temple of Abbathor that Dazlyn and Norbus have been excavating, and so far they've yet to find any secret doors, though there are quite a few in this dungeon. I'm hoping to do a little more roleplaying with Dazlyn and Norbus, and somehow encourage them to return to Phandalin rather than spend the night at the excavation site and then head straight to Gnomengarde.

Previous: Migrating to react-static and Netlify