NOTE: If you play a character named Thalia, Archibald, Giggles, or Lurfad, don't read this! Turn back now or face the wrath of an angry DM with a dragon and legion of old gods at his disposal.

After two months of prep and waiting impatiently for the game to start, I finally ran the first session of a new campaign, Dragon of Icespire Peak, the campaign included in the D&D 5e Essentials Kit. I've made this campaign a sequel to a one shot adventure (is it really a one shot if it takes 5-6 sessions?) I wrote called "Millennium Festival". As such, I've modified and added to the base campaign to bring everything together.

Millennium Festival ended with the players discovering that what seemed like an attack on innocent civilians was actually a "prank" being played by a god of trickery, Kubazan. The god's name and appearance, that of a froghemoth, were stolen from Tomb of Annihilation, but otherwise it is a separate entity. In the world of this campaign, he is one of many "old gods", forgotten deities that have gone away because no one remembers them. Whether they were asleep or dead is unclear but now they are returning en masse. I ended the one shot with a cliffhanger epilogue scene where a few of the gods were seen in the world again; originally I had no plans to continue, but couldn't help myself making that adventure part of a larger continuum. However, one of my players wanted to play the same character in Dragon of Icespire Peak. Millennium Festival was at fourth level, while the new campaign starts at first level; his justification was that in the time since the Millennium Festival, Archibald had essentially drank himself back to level one. I liked this so much that I decided that the new campaign was indeed a sequel, taking place 5 years after the Millennium Festival.

My plan for this series of blog posts is to talk about what worked and what didn't, along with any memorable experiences and encounters. I gave an overview of how I'm running the game in two previous posts: Using Kanka.io and D&D Beyond to Manage a Tabletop Campaign and Playing Spotify playlists in Discord voice channels, so I won't retread here, but might mention where things went right or wrong with that setup.

We are planning two hour weekly sessions, but this session was abbreviated as it was scheduled just before another D&D game for myself and Lurfad's player. I wanted to make sure to give us some time to take a break, so this game only ran for an hour and forty five minutes. I used to be a proponent of the three hour D&D session but as I grow older and have more responsibilities I'm finding that to be less practical. Shorter two hour sessions are easier to schedule, and people are more likely to give you their full attention for that time, especially in an online game where you might not realize someone is multitasking during the game.

Having just recently purchased and read Michael Shea's Return of the Lazy Dungeon Master, I knew I wanted to get to combat very quickly. I also knew that since these players had all gotten to know each other a little after the previous game that we could skip some of the intro awkwardness. I had everyone give an out of character brief intro to their new (or returning, in Archibald's case) character, and then we quickly began. I had done as much prep as possible and had talked with each player separately before starting the game about why their character would be in the Phandalin area; they knew a dragon had been spotted, but little else. I wanted to make sure each had a reason to be travelling in the southern sword coast because I decided to skip the traditional tavern intro. Instead, players began around their shared campfire a days travel from Phandalin. They were just four separate travelers on the road who made camp together for safety's sake.

This turned out to be a great way to start; all four players immediately got into character and started conversing around the fire. Once the conversation reached its natural end, I narrated how when night was approaching and it was time to decide who would take which watch, there was a loud roar down the trail. This of course was the dragon, and all the players knew it, even if their characters didn't. They (thankfully) decided to investigate with a bit more prodding and more roars. They found a wagon overturned in the road being ransacked by a pair of starving orcs. The orcs were scavengers, not the cause, and the party correctly deduced that the wagon was attacked by the dragon. The freezer burn on the horses was the giveaway that the dragon is a white dragon, not a friendly one. They found the driver of the wagon who had a receipt for delivery of the goods to Barthen's Provisions in Phandalin. After making camp for the night, they grabbed what goods they could and went to Phandalin, some seeking a reward, some doing it because it's the right thing to do.

This turned out to be a great hook for a few reasons:

The players took the bad news of the shipment's demise to Barthen in Phandalin, who gave them a small reward and some store credit for bringing him the news of his shipment and what they could carry. Since it was headed towards evening, the players figured out lodging for the night at the Stonehill Inn, and are on track to meet the Townmaster next, which should be a fun roleplaying encounter. 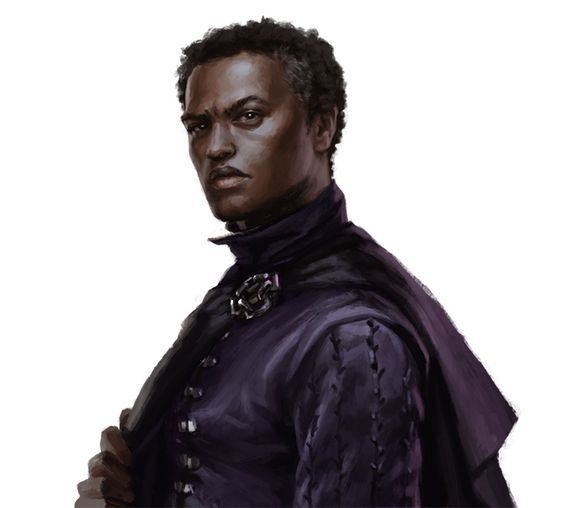 All in all, I'm very pleased with how the session went, especially for having such a short playtime. All four players seemed to have fun too. Next week, the players should pick up a quest from the job board and begin the adventure proper.

Next: Migrating to react-static and Netlify